END_OF_DOCUMENT_TOKEN_TO_BE_REPLACED

Late Tuesday, the Alabama State Senate passed what would be the nation’s strictest abortion laws should it be signed by Republican Gov. Kay Ivey.

House Bill 314 passed the Senate by a 25-6 vote, and it does not include exceptions for rape or incest. Earlier in the day, the Senate had rejected an amendment that would have added such exceptions by a 21-11 vote margin.

Earlier this month, HB 314 was passed by the Alabama House of Representatives by a 74-3 margin, and now awaits the governor’s signature.

The bill’s proponents argue its strict nature is intended to establish a baby in the womb as a person.
“We aimed for language that addresses the language of Roe v. Wade,” the bill’s sponsor Rep. Terri Collins (R-Decatur) said at a public event last week. “The decision was based on someone in utero, someone pregnant so we don’t get into conception. We don’t get into birth control. We don’t get into the morning-after pill, but in utero, which is the language they used that when a woman is pregnant. This bill criminalizes abortion through the doctor. And not the woman, but the doctor.
“The reasoning is the same reasoning, Roe v. Wade was decided that the baby in the womb was not a person,” she continued. “So this bill bases its reasoning that the baby in the womb is a person. And we based it on the fact that in Alabama law, we currently consider the baby in the womb a person. If you were a drunk driver and you killed a pregnant woman, you have a double homicide on your hands. We voted as a state to be a pro-life state.”

If such exception were added, it would undermine that argument, Collins explained. END_OF_DOCUMENT_TOKEN_TO_BE_REPLACED 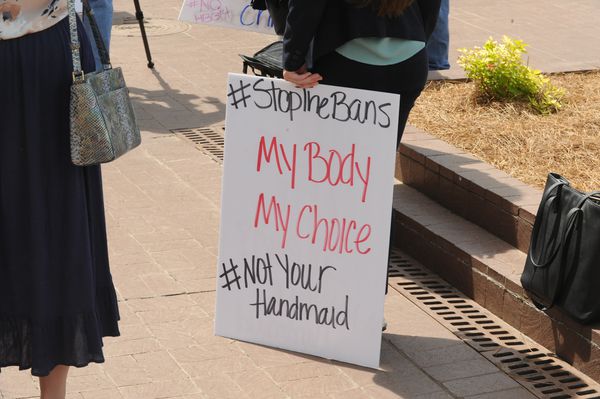 A bill making it a crime for a doctor to perform an abortion passed in the Alabama House of Representatives Tuesday 74 to 3.
Rep. Terri Collins, R-Decatur said the goal of the bill is to bring the legislation to the U.S. Supreme Court in order to overturn Roe V. Wade and change the country’s abortion laws. Sixty-six of 104 House members signed on as co-sponsors for the bill.

HB314 does not include any exceptions for instances of rape or incest, which has garnered criticism from both pro- and anti-abortion groups.

Rep. Anthony Daniels, D- Huntsville, asked Collins to amend the bill to make exceptions for rape and incest. Collins said she would not take any amendments to the bill because she wants the focus of the bill to be on overturning Roe. The amendment was tabled on a 72-26 vote.

Merika Coleman, the Assistant Minority Leader, suggested an amendment that would make legislators who vote for the bill pay for the the ultimate legal challengers the bill would incur with their own salaries. The amendment was tabled with a vote of 61-27.

“I don’t know why you are standing there with that smirk on your face, [Rep. Teri Collins] when you are destroying so many ladies in this country,” Rep. Mary Moore, D-Birmingham said.

The bill was hotly debated for almost two hours before the final vote. END_OF_DOCUMENT_TOKEN_TO_BE_REPLACED